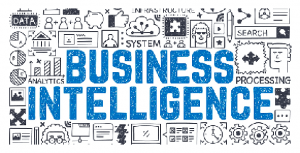 The book Cyclopedia of Commercial and Business Anecdotes, published in 1865, describes how a banker named Sir Henry Furnese actively gathered information to base his business decisions on and beat the competition. In the early 20th century, Henry Ford is believed to have used “business intelligence” and revolutionized the manufacturing industry. All this was achieved with pen and paper calculations. Nevertheless, it was all about deriving insights from data.

Cut to today, when computers and improved computing power enable enterprises to access charts and graphs, play with data dynamically and extract insights to understand what customers want or how to improve operational efficiencies. For instance, a major retailer was able to cross-reference the internal sales data with weather and traffic reports to predict future sales patterns and stock up on relevant products. Business intelligence is on a track of fast growth and vendors are adding more and more capabilities to make it a one-point solution for all the data analytics needs of an enterprise.

As a result, data analytics to extract insights that would have taken days if not months about 20 years back, takes just a few minutes today. This has not happened overnight but has been a gradual progress where early technological experiments and experiences gradually led to the kind of innovations that let software think like humans but leverage the speed of computing machines.

A Snapshot of the BI Journey

Launch of Mainframes: The need for using data to cull information has been felt from time immemorial. But to trace the early stages of business intelligence, one has to travel to the 70s and early 80s when a group of large mainframe-based application systems provided businesses with all the data needed for their operations. They were large, costly, needed technical people to run it and were prone to errors. In the 80s, the emergence of the Information Center acted as a support center forming the link between the non-technical users and the IT team. This center determined the aspects governing data storage and retrieval.

Emergence of RDBMS: Though a paper on relational databases was published by IBM, it was Oracle which released the first commercial RDBMS enabling more flexible searches. This, in a way, determined the course of how BI would evolve in times to come. SAP, Siebel, and JD Edwards also offered some of the business intelligence solutions that were called decision support systems (DSS).

Deeper Analysis: The cost of storage space decreased and data warehouses became available, enabling enterprises to store data in a single unified platform. As a result, businesses could do a deeper analysis and cross-referencing started but had to depend on their IT teams to facilitate this. The top management relied on tools such as Crystal Reports and MicroStrategy for their business intelligence needs.

Microsoft Excel Era: In 1985, with the release of Microsoft Excel, business intelligence became an integral part of decision making and did away with the need for technical teams. Business users had a little more power over the data but the limitation in processing power still did not allow for the full potential of the data to be exploited. Lotus 1-2-3 from Lotus Software empowered users to have greater control over their data and access and organize it as per their needs. This was the beginning of a new era of computing.

Transitioning From Mainframes: It was common for enterprises to work with a combination of mainframes, distributed systems, fixed-function terminals, databases, and personal computers to handle their data. Relational database systems started gaining popularity in the 80s and 90s and the introduction of Structured Query Language (SQL) further made query processing easier. The growing competition amongst RDBMS solution providers lead to the introduction of open standards, improvements, and a common methodologies to evaluate databases and their tools.

Static Dashboards and Charts: The 1990s can be called the period of the early stages of Business Intelligence as we know it, when the data warehouse costs dropped and the market opened up for more players. Data became accessible to business users as well. But it was still limited in how much insights could be obtained as only static data could be used for creating simple charts and dashboards.

ETL and OLAP: Building blocks such as ETL and OLAP improved the efficiency of the tools. During this phase, enterprise resource planning (ERP) systems also enabled businesses to manage and automate their processes. Structured data started becoming available for the data warehouses. Beginning with Online Transaction Processing (OLTP) to query historical repositories of data and external sources, the business world moved towards ETL – extract, transform, and load (ETL) utilities – where data from different sources could be extracted and transformed into a common data warehouse format. This could then be sorted and housed in “data marts”. OLAP, or online analytical processing become possible to execute rapid and complex analytical queries.

Self-Service BI: The mid to late 2000s can be called the BI 2.0 phase when leveraging web connectivity, it was able to integrate near real-time processing, collaboration, self-service, discoverability, and offline and online access. This is also a phase when, we had BI for both data analysts and CXOs:

BI For Data Analytics empowered business professionals to post their own queries and generate reports based on their requirements, without or with very little support of the IT team. Easy-to-use BI tools enable this by offering simple analytic capabilities on scaled down data models. Functional teams used BI 2.0 to enable all kinds of data analysis and generate insights for decision making.
BI for CXOs to implement data governance and access sensitive data for arriving at critical decisions and decide on strategies. BI for CXOs revolved around macro level data from both internal operations and external data sources.

Zero Code, Drag & Drop & Mobile Ready:
Today, Visualization tools are enabling the business users to be completely independent of IT, dragging and dropping content running specialized programs to extract insights best suited to their needs independently. Speed, lower TCO and expanded storage mark this phase. This has really spurred the growth of the BI market, with Gartner reporting an overall analytics and business intelligence software revenue to be $24.8 billion in 2019, 10.4% over the previous year, with modern BI platforms being the fastest growing segment at 17.9%.

In the last two years, the data explosion has been tremendous. While this opens up many opportunities, it also comes with its own challenges of quality and skill sets needed to draw meaningful insights. Automation with AI/ML and statistical models has made this easier, and expanded the scope of analytics, enabling descriptive, predictive, prescriptive, streaming analytics and automated analytics among others. There are also specialized tools for different industries, that are equipped with relevant data models and training data.

BI as a Platform with a Range of Plugins and Apps

Young and agile organizations such as Orbit have been able to leverage the new technologies and the learnings from the past to create business intelligence tools that are future-ready and empower the users. With the Orbit tool, businesses do not need the intervention of the tech team, unlike many of the established tools that need coding for the purpose even today. Business users can run the tool anytime based on their needs and create interactive and dynamic dashboards with charts and graphs that meet their needs to make informed decisions.

More importantly, plugins such as GLSense and Excel Edge allow users to integrate their favorite tools such as Microsoft Excel that gives them freedom to make data work for them.

Cloud, mobile and future ready tools such as Orbit Reporting and Analytics incorporate the best practices in business intelligence to combine ease of use with security and governance, depth of analysis with dynamic visualization to facilitate informed-decision making.

If you would like to know how the Orbit tool can empower your employees, contact us now. 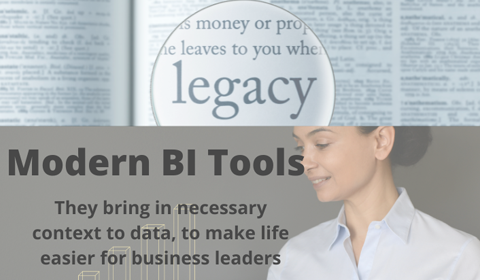 Legacy BI vs. Modern BI: What is the Future of BI looking like? 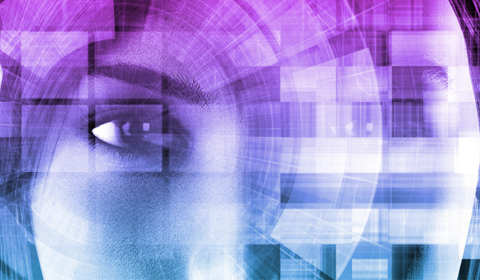 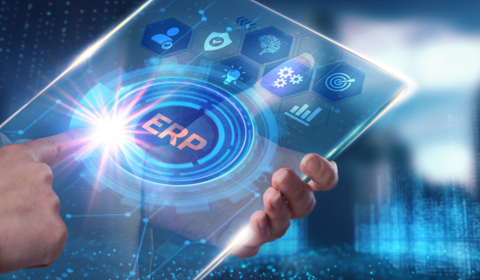